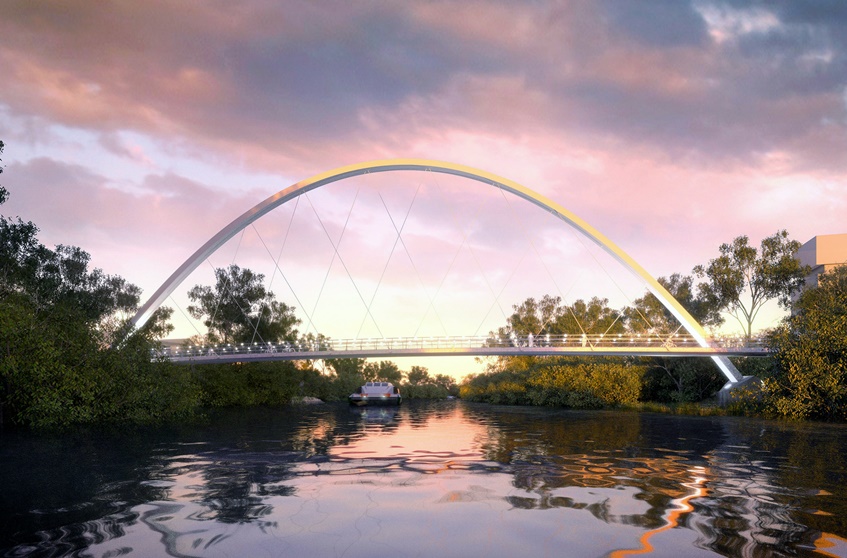 Construction tendering will commence soon for the Paramatta River Pedestrian and Cyclist Bridge which will cross the river at Alfred Street in Paramatta, New South Wales, Australia. Bonacci Infrastructure delivered all design documentation for the bridge from concept to detailed design.

As the Head Consultant, Bonacci Infrastructure was responsible for managing the team of architects, hydrologists, lighting engineers and various other disciplines in addition to delivering the structural and civil design packages.

The City of Paramatta was presented with two concept designs, including a cable stayed bridge and an arch bridge with a suspended composite deck which was ultimately selected. The latter arrangement includes a steel arch which crosses the Paramatta River at an oblique angle with a single span of 85 m. The bridge approach ramps and stairs are of reinforced concrete construction.

The diagonal arch, the first of its kind in Australia, created specific design challenges with out-of-plane forces and horizontal thrusts at the foundations. Pedestrian induced excitation and wind dynamics were also subject to close scrutiny. 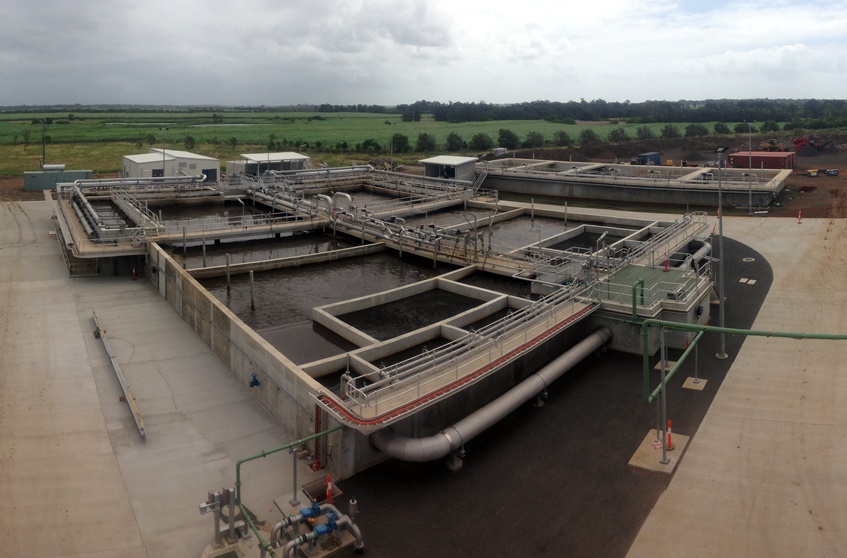 Commissioning has reached completion at the Rubyanna Wastewater Treatment Plant in Bundaberg, Queensland, Australia. Bonacci Infrastructure delivered both the structural and civil design packages for this $40 million project, including: A new 57 x 47 metre membrane bioreactor with post-tensioned... Read More 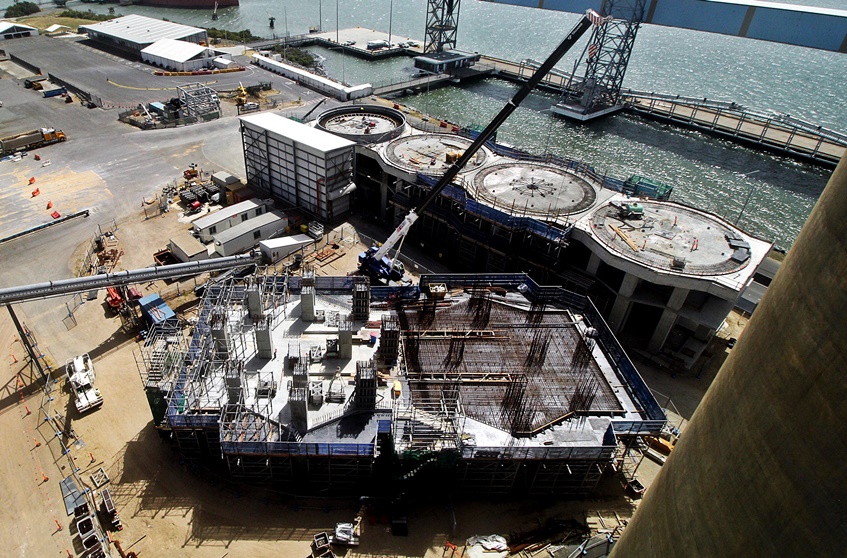