Read more about this project

The bridge over the Clarence River (North Arm) forms part of the Woolgoolga to Ballina (W2B) upgrade project which is transforming the Pacific Motorway from bidirectional single carriageways to dual carriageways. Bonacci Infrastructure delivered the construction engineering, methodology and temporary works components of the 216 metre long, eight span highway bridge. A continuous temporary bridge was installed across the Clarence River to facilitate construction operations. The bridge was designed to accommodate two 280 tonne cranes working simultaneous on the deck, as well as a 110 tonne crane.

The deck of the permanent bridge comprises 1200 millimetre deep pre-stressed tee-roff girders, the heaviest of which was 45 tonnes and lifted into position from the temporary bridge at a radius of 16 metres. The pile caps were constructed using precast concrete shells that weighed 54 tonnes (undressed), and which were lifted at a radius of 11 metres.

Key features of the construction engineering include:

It is of interest to note that a large portion of the temporary steel bridge was re-purposed from Houghton Highway Bridge Duplication. This exemplifies the versatility of Bonacci Infrastructure’s design, as well as the scope for future cost-saving through investment in innovative temporary works. 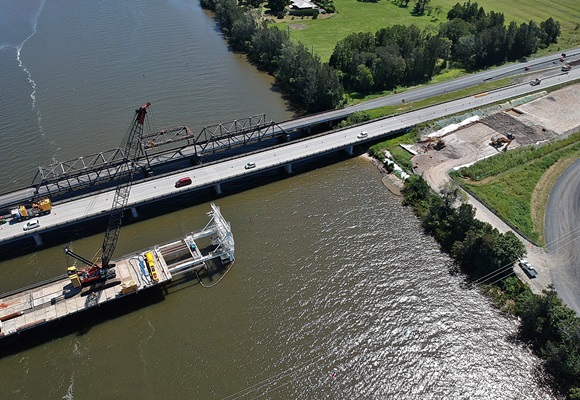 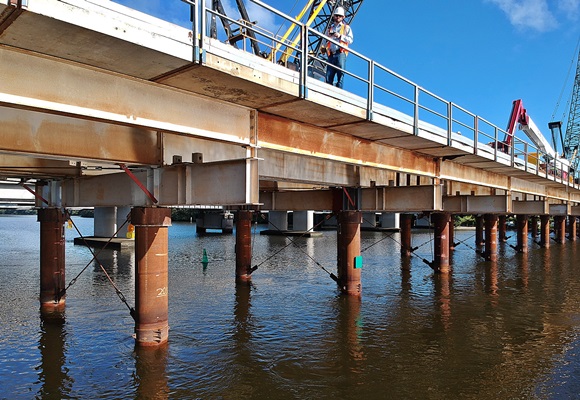 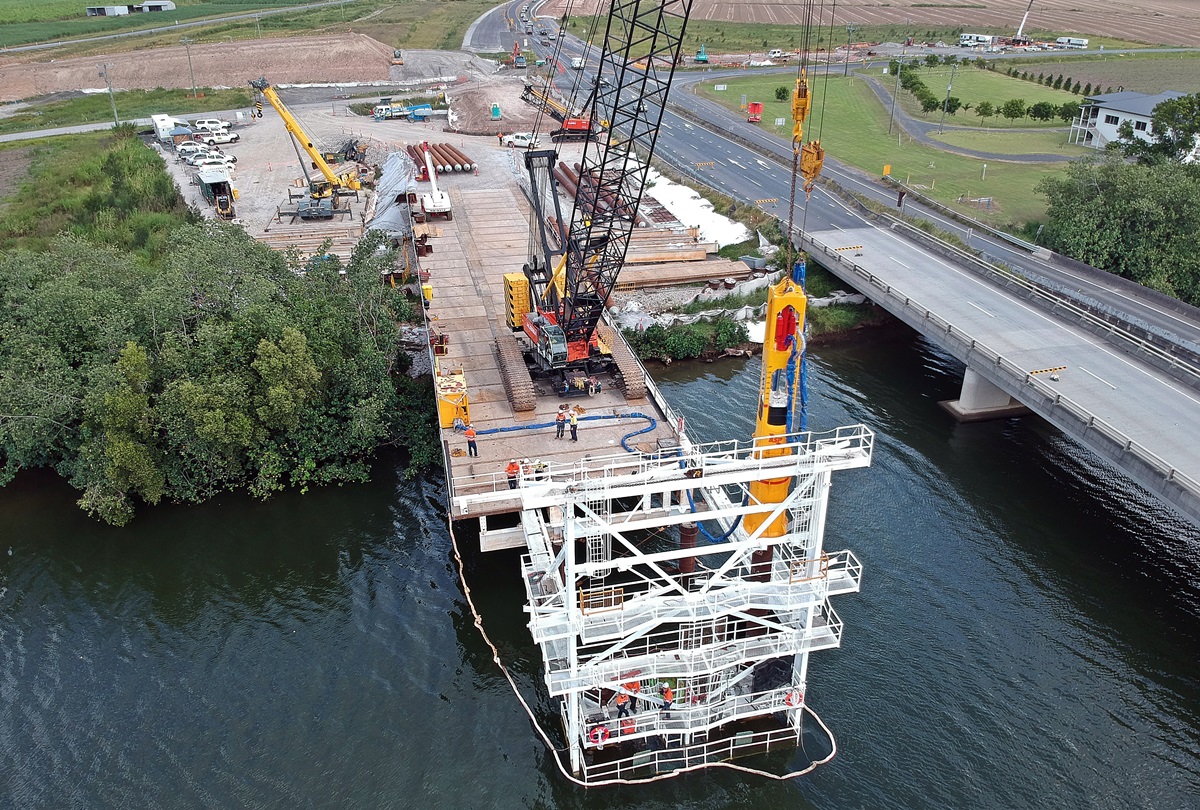 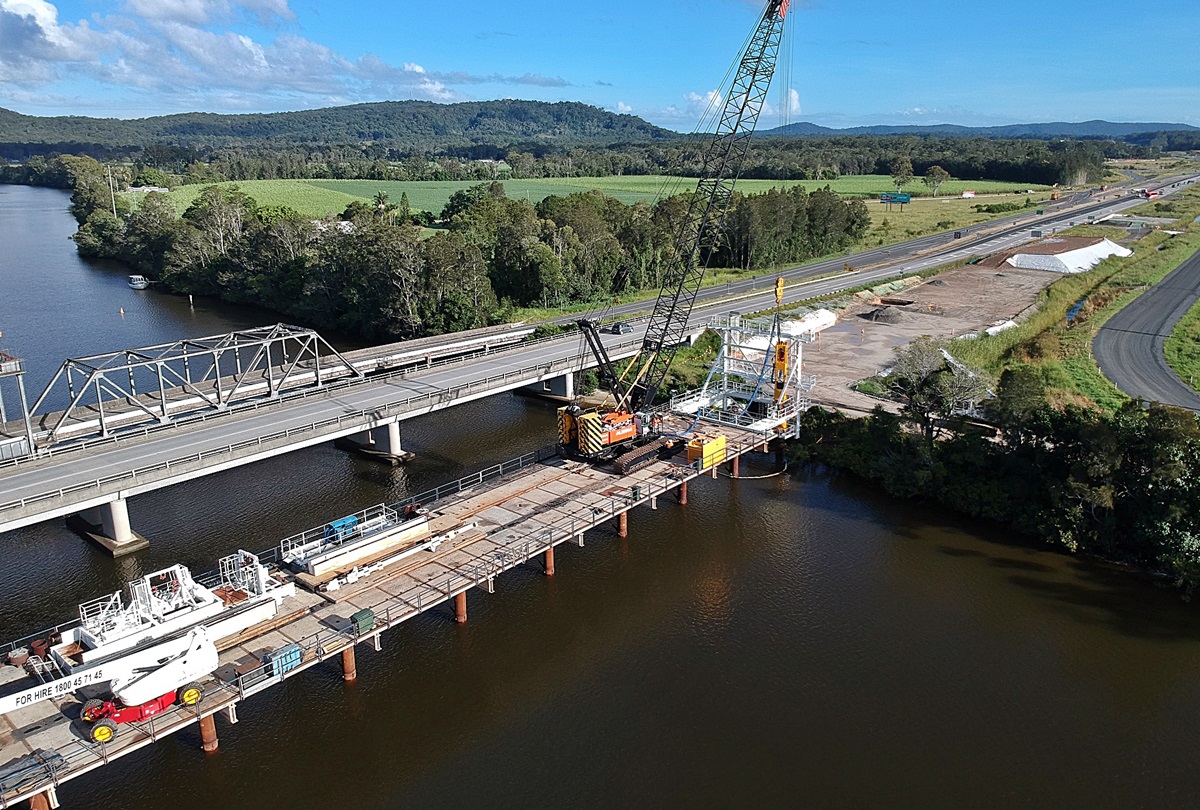